Top 3 Facts to Know about Human Trafficking in Florida

1.) What exactly is Human Trafficking?

Human Trafficking according to Florida Statutes Chapter 787.06(2)(d) means transporting, soliciting, recruiting, harboring, providing, enticing, maintaining, or obtaining another person for the purpose of exploitation of that person. 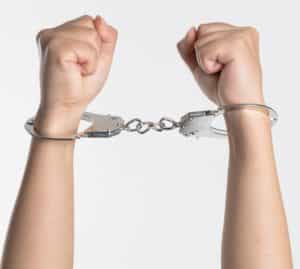 2.) Does someone who is trafficked know they are being trafficked?

Maybe not! Normally someone who is trafficked is not going to use those words. They may say they are “living the life” or those individuals may have certain behaviors that don’t quite seem “normal”. Many organizations give lists of different signs to look for, but sometimes trafficking victims are less obvious. While we will provide a list of signs or behaviors, please keep in mind many of these descriptions must be considered as part of the context of where, when and how you see them. Always contact an authority in human trafficking or domestic/sexual violence if you ever have questions or concerns.

Even with the subtlety of this widespread issue, it’s important to trust your gut and say something when things seem off. Below are a few things you should watch out for. Remember someone who is trafficked is not going to use those words or may not even realize they are a victim of human trafficking. 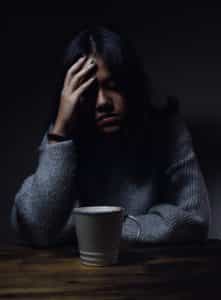 … is not free to come and/or go at will

… is under the age of 18 and providing sex acts

… has a pimp (YES, this is trafficking!)

… works unusually long hours and/or is not provided long breaks

… is never paid directly or money is withheld

… continuously has a debt that they never can work down

… seems to be scared, depressed, tense and so on, especially around what looks like their work

… is especially scared when they hear “law enforcement”, “cops”, “immigration”, to name a few

… seems tired all the time, not clean or well-fed, even with working a job with long hours

… has someone watching them or following them. Maybe they even feel tense with this person.

… doesn’t seem to know what time it is or where they are, seems sort of lost

… minimizes the person that’s hurting them

Don’t forget these signs aren’t in a vacuum! Remember to consider the context of where you are, cultural differences, and not to isolate these signs. There are many more signs to watch for, which you can find on Polaris’ website for Signs of Human Trafficking.

FALSE: To qualify as trafficking, no one has to cross a border or even move from their home to be trafficked.

FALSE: Kidnapping as a source of trafficking happens, but is rare in comparison to recruitment, enticement, fraud or force.

FALSE: United States citizens can be trafficked, it does not have to involve a foreign national victim.

FALSE: Human trafficking doesn’t care about class, gender or age. Individuals who are trafficked include adults, children, men, women, homeless, people with disabilities, the upper and middle class, and the list goes on.

FALSE: While that would make it easier for advocates that’s simply not true. Traffickers can have a more sinister look like organized crime rings, gangs, and pimps. However, they can also be family members, your neighbors, farms, nurseries, beauty salons and spas, and cleaning companies, which are just a few.

FALSE: While many victims face being tied up and physically abused, many other victims are controlled in other threatening ways. Coercion, or intimidation, is a common way to control victims with threats. Using the legal system in an abusive way, using debt, or forcing drugs on victims are other ways traffickers control their victims.

The State of Florida is third in human trafficking cases across the United States, which shows just how critical it is to recognize the need to help these victims. LSNF supports human trafficking victims who face civil legal issues due to their trafficking situations. A few areas LSNF can help trafficked victims are:

What kinds of resources are out there?

Concerned this is you? Check out the links below:

Want to know more about human trafficking, check out the resources below: